A new initiative is trying to clean the ocean by curing a century’s old social addiction: our unceasing use of plastic.

It’s become an addiction we can’t seem to shake, and the consequences affect the whole world. Humanity has produced more than 5 billion tons of plastic, and much of this ends up in the ocean, the food chain, or even in our bodies. “93% of Americans test positive for BPA in the blood stream,” says the Plastic Tides movement. “We’re declaring war on plastic pollution.” 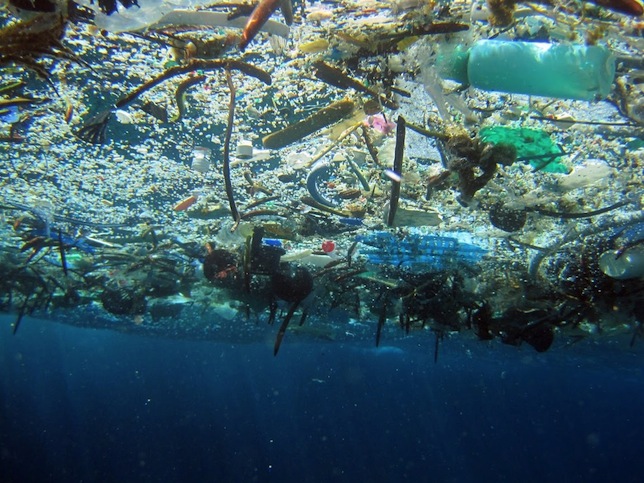 Plastic Tides was put together by a group of paddle boarders and adventurers to educate the public and build awareness about the problems plastic is causing in the environment. Spending time in the ocean, it’s easy to become aware of the nature of the problem: a “garbage patch” isn’t really a visible island of garbage, but a sea of tiny plastic particles that are far more insidious.

Plastic Tides provides a list of five simple things everyone can do to reduce plastic use:

These simple steps involve making small changes to habits and lifestyle. Bringing reusable bags, for instance, would cut down on the 100 billion plastic bags currently being given to consumers in the United States every year; this would also cut down on fossil fuel consumption, as 12 million barrels of oil are used to make the bags. People have to change what they expect, and they have to understand that change isn’t so hard, after all.

The guiding principle of Plastic Tides – that everyone needs to join the battle against plastic – is one of Dispenser Amenities guiding principles, too. Small bottles used in the hospitality industry for everything from shampoo to mouthwash can end up in the ecosystem, and these pieces of plastic can infect wildlife. Even if the hotel recycles everything they collect or replace, they can’t control what guests who take home amenities do with the bottles. 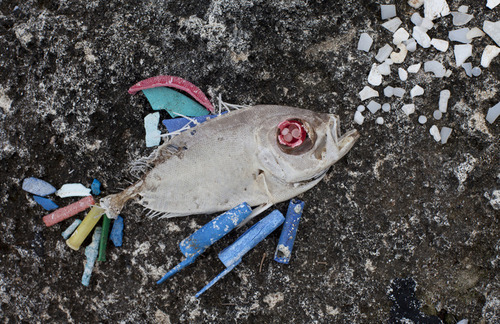 Dispensers, used to replace bottles, can solve the garbage problem. It lets the hospitality industry take control of their waste, reduce the plastics coming out of hotels, and ensure that hotels aren’t responsible for pollution in the ocean. It’s everyone’s responsibility to change, but thanks to dispensers, the change doesn’t have to be hard!

The next generation could thank us. “When future archaeologists dig into the striations of the earth and discover “The Plastic Age”,” says Plastic Tides, “we want them to see the end of the age as clear as day.”