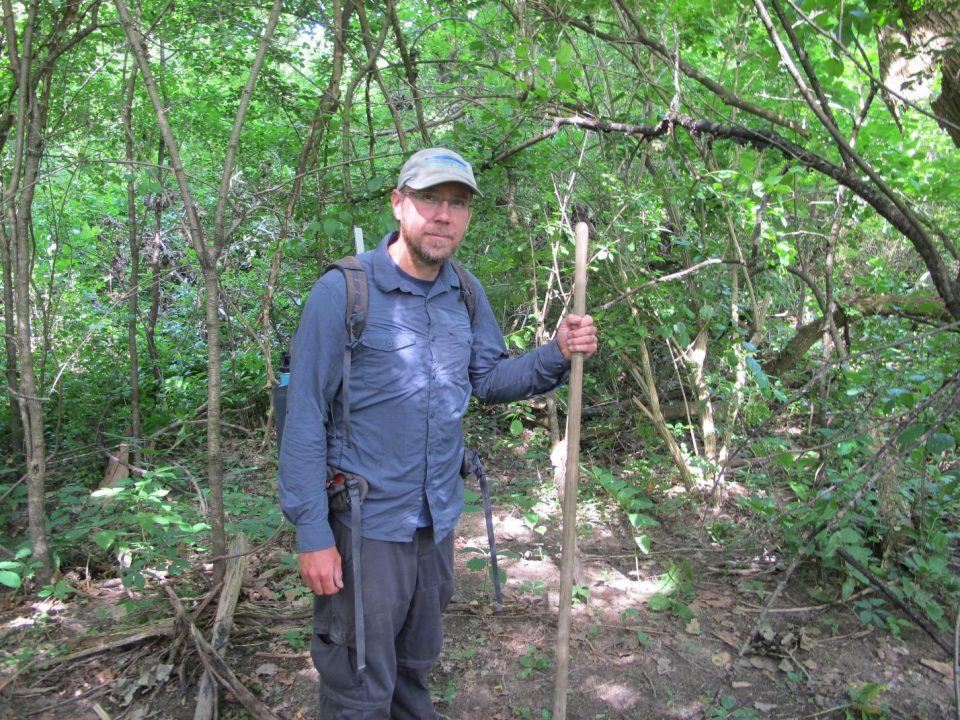 Dispenser Amenities has been supporting Scott Gillingwater and the Species at Risk’s mission to save the Spiny Softshell Turtle from certain extinction since 2015. The turtle population in the area had been declining for decades when Scott arrived on the scene in 1994. Immediately, he knew that his future lay in bringing this vulnerable reptile back from the brink. The Spiny Softshell Turtle is endangered throughout its Canadian range of Ontario and Quebec, as well as in various parts of its US range yet the local work performed in London, Ontario and the surrounding region is one of very few support efforts.

Dispenser Amenities is extremely happy to assist Scott and his team with his vital work by providing canoes, incubators, and funds to keep the humans dry while harvesting eggs and the eggs warm back in their lab. While we first began contributing to the cause in 2015, this is the first year that the Dispenser Amenities team has had an opportunity to meet up with the Spiny Softshell Turtle team while they perform their work.

The first stage of the journey is harvesting the eggs from the wild. Spiny Softshell Turtles have difficulty naturally reproducing due to encroachment of human developments, natural predation, poaching, human recreation, invasive plant species, and from climate change exacerbating unfavourable weather conditions. I met Scott at 10am at the end of June to check out a local nesting site in the city.

Unfortunately, the most convenient site was underwater because of the heavy rains over the preceding week, but we quickly relocated and got to work in a drier location.

Scott’s team has several different locations that are groomed and maintained to encourage egg-laying, but they must all remain strictly confidential to protect against the very real poaching threat. This location does not typically experience a high number of nests, but we were in luck. After hours of digging under the beating sun, Scott uncovered a clutch of 15 eggs just outside of his team’s groomed egg-laying plot. Egg clutches range from 3 at the very small end to 43 at the largest end. The eggs are spherical and hard and begin pinkish-orange when they are first laid and turn a more traditional white as they develop.

Once the eggs are removed from their wild nest, they are carefully transported back to the team’s Turtle Lab in the city. Here they rest in an incubator for 55-65 days until they hatch and are released into the wild. This incubation period is significantly shorter than the 70 to 100-day incubation period in the wild, which gives the lab-born hatchings a further advantage to surviving their first winter.

2018 is the first year that Dispenser Amenities could join Scott and his team to release the hatchlings into the wild. We shut down the office for the morning, changed into our outdoor clothes, and prepared to get messy! First, we received a tour of the underground laboratory where the turtles incubate and hatch. Here we also met some other species, including local Snapping, Northern Map, and Midland Painted Turtles and a hypo-melanistic (lacks dark colour pigment in the skin and shell) Spiny Softshell Turtle. The hypo-melanistic turtle looks almost albino. Sadly, it is unlikely that such a light-coloured turtle will survive to adulthood in the wild, but being hatched in the lab setting at least gives it a fighting chance.

Next, we took today’s batch of hatchlings for a car ride to their secret release point. All hatchlings are released as close as possible to where the eggs were harvested to imitate the species’ natural spread. Here, we get to witness the fruit of Scott’s labour as the turtles’ instincts take hold and they eagerly rush into the water and bury themselves in the sand.

Last year was one of the most successful, with approximately 400 nests yielding 6200 hatchlings. Of these hatchlings, only a fraction will survive until adulthood. This year has been more of a struggle due to extensive flooding and a long, cool spring. Nonetheless, the team managed to harvest approximately 265 nests and over 3000 eggs. Scott has been working to bring this species back from the brink for nearly a quarter of a century, but with long-lived species such as turtles, it can take a long time to see results. The war against habitat decimation, wild predators, human poaching, and the ever-present realities of climate change is long and difficult. Only recently has the turtle population begun to stabilise or indeed grow again, but only in this one region and because of this concerted effort by concerned
individuals. We look forward to further success in future years and are always proud to support Scott and his efforts.