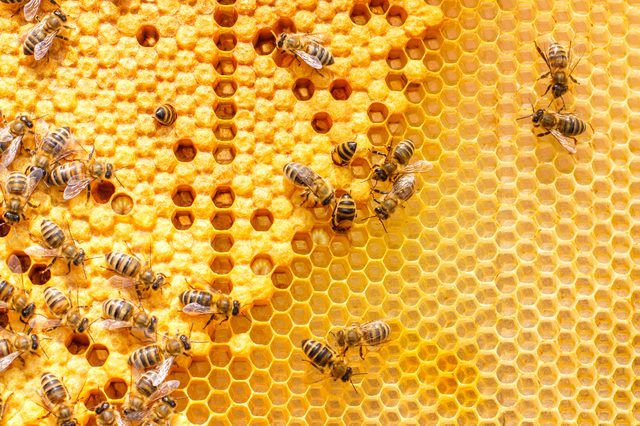 Did you know that bees are trying to adapt to humanity’s expanding single plastics lifestyle? Researchers at York University have found that several species of bee are using plastic waste that gets into their environments to help make their nests. It’s not that every species can do this, though. The tests showed that two species, the bellflower resin bee and the alfalfa leaf cutting bees, are adapting to our impacts on the environment with some success.

For species like the honey bee, who aren’t doing so well in the face of environmental pressures, people like Dan Heffernan are trying to lend a helping hand.

Boosting Bees For The Environment

You may have seen recently a swell of news stories dealing with unexpected hive collapses. In the last number of years, many apiarists in Ontario have opened their hives after a winter dormancy, only to find that their populations have weakened and as many as half the bees have died. Parasitic mites, pesticides known as neonicotinoids, and lengthy spring rains have all hurt the hives in their own unique ways.

Bees are important to our agriculture, and spreading the gospel of hives can help boost the numbers pollinating plants. This is the job that Dan Heffernan does best. Dan is the owner of Heff’s Hives, a bee “boutique” that helps prospective apiarists set up hives of their own. Through the sustainable practices he uses to raise bee colonies, his Urban Apiary Project, and the natural products that come out of his hives, Dan is hoping to fight for the collapsing bee populations in Ontario and reduce the waste going into the ecosystem.

Setting Up A Hive The Heff Way

To set up a beehive, many keepers in the past had to attract or find a swarm of bees, which sounds a lot more dangerous than it actually is! The bee swarm is a cluster that groups around the prospective hive site. Though you’d need an expert to come collect it safely, the bees are in a stage of life where they aren’t very aggressive, as there’s not much to defend yet. If you see one in the spring, don’t panic – just call Dan! Last September, the City of London came to him to help rescue a hive of some 70,000 feral bees from a fallen tree.

Finding a swarm in the wild can be difficult, making the hobby of beekeeping tough to enter and natural honey hard to produce. Nowadays, companies such as Heff’s Hives make it easy by selling queen bees and “nucs”, or nucleus’s, in boxes. Nucs are small colonies centered around a queen and kept in a compact box. Heffernan is committed to providing nucs that are healthy and hygienic so that keepers new to the game don’t have to contend with mites or diseases as they begin the hobby.

On top of committing the company and a newer generation of beekeepers to organic practices, Heff’s Hives also offers a wide arrange of natural honey and beeswax products. Beeswax candles make for great alternatives to conventional candles, which often contain paraffin wax, polymers, and petrolatum. Finding ways to help the environment is really easy when you look local!