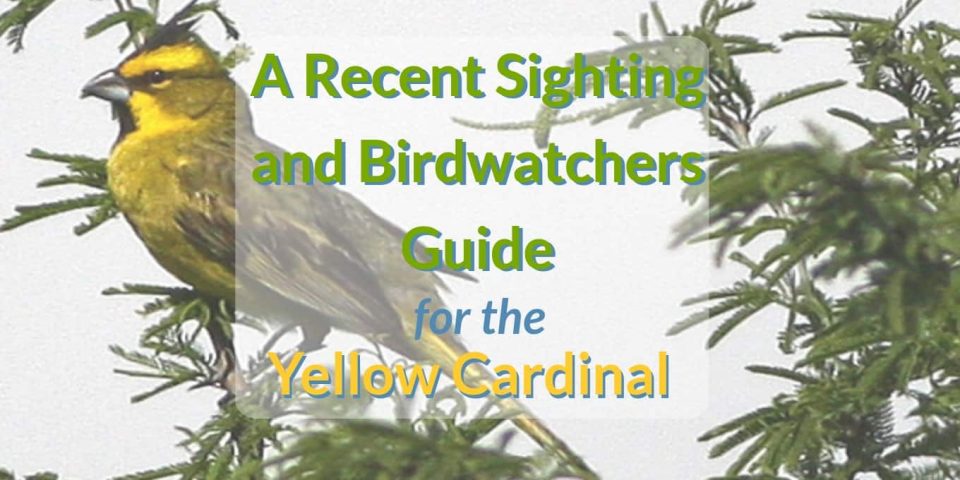 Just this past month amateurs and professional birdwatchers alike began flocking to Alabama as the report of sighting a rare Yellow Cardinal hit the national headlines.  The Yellow Cardinal, a unique mutation of the more common Red Cardinal, is a must see for many serious birders who took to the road to try and catch a photo.

Its beautiful yellow feathers are a result of an uncommon genetic variation that blocks the ability to assimilate red hues. This rare bird is also in the International Union for Conservation of Nature (IUCN) red list of threatened species.  If you couldn’t make the trip, don’t worry, Dispenser Amenities has assembled a quick birdwatcher’s guide with some facts you can enjoy.

After a chance encounter in Alabama that involved a backyard sighting and a photo on an iPhone camera, the hunt began to track down the beautiful bird. Finally, professional bird photographer Jeremy Black snapped a photo which quickly went viral. He later admitted at the moment he was “starstruck” and capturing the photo was the highlight of his career.

How Do You Identify a Yellow Cardinal?

The bird is about 20 cm in length from head to tail tip with a large strikingly patterned pinch. The male Yellow Cardinal has yellow-olive upperparts and blackish streaks on the back. It has a long, black, bushy crest and bib, with yellow-olive breast and flanks with yellow side to the centre of the belly.  Female Yellow Cardinals have an overall duller color palette. It has grey cheeks, breast, and side of the belly that is pale at the center. Its voice is loud with four to five series of whistles and quite an experience to observe in the field.

Where Can You Find It?

Before the yellow cardinal was relatively common in Southern Brazil, Uruguay, and Central Argentina, but now the population in Brazil might be extinct.  Recent sightings typically happen in the fertile river systems of the Rio Negro, Uruguay but also in Paraguay.  It prefers to inhabit open woodland, savanna, scrub, and shrub-steppe at about 700 m above sea level.

What Are the Threats to the Species?

Some factors which led to the Yellow Cardinal’s endangerment are the forest edging and scrub habitat ideal for this bird has declined. They have also taken a significant hit from trapping for the cage-bird market. The species is cursed with an absolutely breathtaking song voice and has thus been dubbed a ‘song bird’. You can hear a sample here.

Once abundant, the Yellow Cardinal’s habitat loss is officially associated with timber extraction and rapid deforestation of eucalyptus. Conversion of woodlands to cattle pasture may also contribute to the problem along with captive breeding that’s done in Brazil, Argentina, and Uruguay.  A protected area has recently been suggested in Pay Ubre.

As every birder understands all too well awareness is the key to conservation. Unfortunately, all across the animal world, it takes an incredible effort from a number of different people and organizations to minimize their decline. Dispenser Amenities strives to be a company that passionately advocates for wildlife protection and sustainability.