The Dispenser Amenities’ team was in New York this November along with over 500 hospitality suppliers to attend the 98th annual International Motel, Hotel, and Restaurant Show (IHMRS) and 4th Boutique Design New York Show (BDNY) at the Javits Center.  Trade attendees fell just 4 short of 16,000, a marked increase from 13,000 last year.

IHRMS had a great vibe and the increased visitor results reflected the bounce back and growing confidence in the economy.

The Dispenser Amenities team stayed at the chic TRYP New York Times Square Hotel, by Wyndham.  The oversized guest rooms, by NYC standards, were everything that we expected.  The rainforest shower, the contemporary red tiles, and of course the AVIVA Dispensers, helped to complete one of the best-looking hotel bathrooms you will ever see.   The TRYP itself became a hot topic of conversation when the IHMRS Show began.  Many passersby who stopped at our booth immediately recognized the Dispensers from the TRYP Hotel where they were also staying.  This worked wonders for our popularity as people were able to see the product in such a beautiful setting.

The Tryp Hotel is a short ten minute walk to the Javits Center and is surrounded by great restaurants like The Bukhara Grill and Ai Fiori, it was perfect.  Showtime was upon us and, as always, our first night in New York was celebrated at The Bukhara Grill on East 49th Street.  The helpful staff at the TRYP helped to arrange many of our restaurant bookings.

In addition to the TRYP, more New York properties are choosing to shift to Dispenser Amenities’ environmentally sustainable amenities program to deliver shampoos, body wash, and similar shower liquids to their guests.  We are featured in hotels such as:

The Hotel at Time Square
This boutique hotel on 46th Street between Fifth and Sixth avenues is just steps away from Rockefeller Center, Times Square, the Theater District, the Museum of Modern Art, Grand Central Station, and Fifth Avenue shopping. http://applecorehotels.com/the-hotel-at-times-square/ 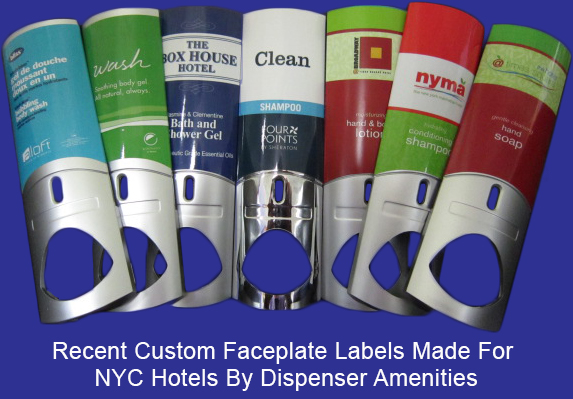 The best hotels fit your budget without ever feeling cheap. At nyma, the New York Manhattan Hotel, rates may qualify as discount, but the amenities and services are on par with many of the upscale hotels in the Manhattan. http://applecorehotels.com/the-new-york-manhattan-hotel/

The Four Points By Sheraton Midtown – Times Square
Location is everything. Stay close to the action in one of New York City’s hippest neighborhoods. Where the heart of the action is always just steps away, you won’t need to go far to find a popular restaurant, theater, or gallery. http://www.starwoodhotels.com/fourpoints

Aloft Harlem & Aloft Brooklyn
For the traveler open to possibilities, Aloft Hotels is a modern, fresh, and fun destination. Aloft is a hotel that celebrates the individual and gives you freedom to control and customize your travel adventure to fit your personal style.  http://www.starwoodhotels.com/alofthotels 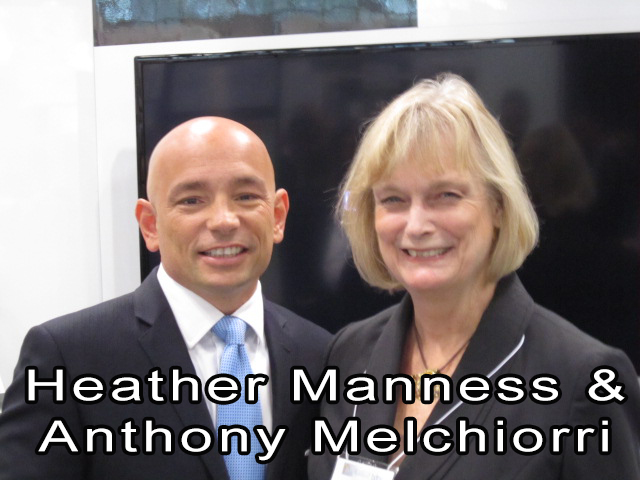 The IHMRS show was attended by celebrity guest Anthony Melchiorri from Hotel Impossible.  He was there as the guest for Cintas Corporation and we were lucky enough to meet him.    Anthony was there to present a $25000 hotel makeover award to the Wyndham Boca Raton in October.  Heather had a chance to speak briefly with Anthony who mentioned that he will be in Canada doing a show at a hotel in Nova Scotia in the upcoming months.

The BDNY show, only in its 4th year, was running next door in the same building as IHMRS.   If you missed it, make sure to see it next year.  You could feel excitement in the air with innovative new ideas and luxurious products never before seen!!!

New York has been, and continues to be our go-to hotspot for both forward-thinking hotels as well as some of the best entertainment the world has to offer.